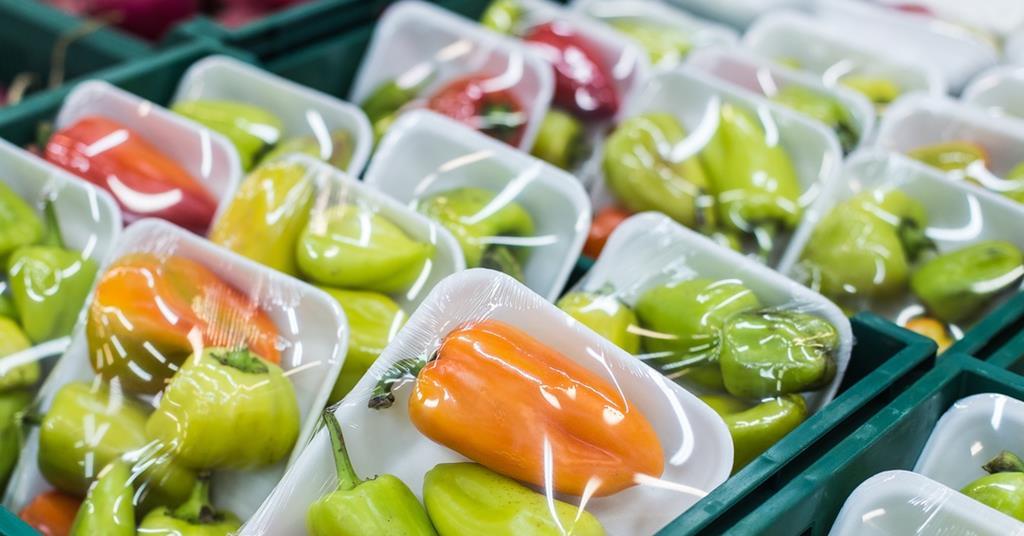 What measures are taken regarding chemicals of concern in food contact packaging? | Article

A recent study by scientists from the Food Packaging Forum, ETH Zürich and the Swiss Federal Institute of Aquatic Science and Technology has led to the development of a list of chemicals of concern in contact with foods (FCCoC) that researchers believe should be eliminated. immediately as part of the EU’s chemical sustainability strategy.

The research, published in the Hazardous Materials Journal, aims to identify chemicals in food contact materials, such as packaging, that may pose a threat to human health and the environment. Overall, the researchers say there are more than 12,000 known chemicals used in the manufacture of food contact materials, while a significant number of unintentionally added substances (NIAS) – ranging from additives to cleaning agents to by-products of chemical reactions – remain largely unknown.

Some chemicals of concern have already been identified and targeted by legislation. This includes certain perfluoroalkyl and polyfluoroalkyl substances (PFAS), the non-essential use of which has been restricted in the EU. There have been renewed calls to ban PFAS in all applications, even those deemed essential, due to their association with health problems such as high cholesterol and certain cancers. While the strong chemical bonds of PFAS provide resistance to degradation and are effective as surfactants in packaging applications, Dr Jonatan Kleimark, senior chemistry and business advisor at Swedish NGO ChemSec, says the persistence of these chemicals in the environment and their adverse health effects mean that “it’s worth applying the precautionary principle in this case”.

According to the research published today, specific focus on the FCCoC has been limited due to the relatively recent introduction of the chemical strategy for sustainability. The new research compiled data from a variety of sources, including databases such as the Food Contact Chemicals Database, which is based on information from organizations such as the European Agency of Chemicals (ECHA) and the United States Environmental Protection Agency (EPA). In addition, data from other organizations such as the Organization for Economic Co-operation and Development (OECD) were taken into account by the researchers, according to their methodology.

Overall, research by the Food Packaging Forum suggests that there could be as many as 388 chemicals of concern in food contact materials. This would include 352 substances known to be carcinogenic, mutagenic and toxic to reproduction, meaning they can cause cancer, damage DNA and be harmful to reproductive systems, sometimes leading to birth defects.

Additionally, the researchers list 22 endocrine-disrupting chemicals, which interfere with hormone regulation, such as FCCoCs. The researchers also identified 32 chemicals used in food contact materials that appear to pose risks related to persistence and bioaccumulation, meaning they can accumulate in the environment because, in many cases, their strong chemical bonds do not break down easily.

Some food contact materials have been shown to have higher presence of chemicals of concern, the researchers say. The highest number of FCCoCs have been reported in printing inks, with around 238 substances found for this application, according to the researchers. Plastics and paper and cardboard also rank highly in terms of FCCoC content, with the researchers saying that the two types of materials could contain more than 160 hazardous substances each based on the dataset.

Another important finding from the research is that monomers, the building blocks of plastic polymers, would migrate from the finished food packaging, instead disproving previous hypotheses. The researchers say they targeted monomers because, depending on the type of polymer and the polymerization process, they can represent up to 4% by weight in the final material.

According to the researchers, 30 of the FCCoCs listened to are monomers, such as acrylamide and styrene (used to make polystyrene). The researchers say 22 of these monomers have been detected to migrate into food or a food simulant, suggesting they can transfer into food which is then ingested by humans. Notably, almost all monomers that have shown signs of migration in research are considered carcinogenic, mutagenic, and toxic to reproduction.

The group also warns that there will likely be more FCCoCs than identified by the list, but adds that “absent hazard classifications” make data collection difficult. However, the researchers say that the 388 FCCoCs identified on the list are already actionable and should be prioritized for immediate removal from food contact materials.

Jane Muncke, Managing Director of the Food Packaging Forum, explains: “Our study provides scientific evidence that hundreds of harmful chemicals are used legally in FCMs in Europe today, and that people are ingesting these dangerous chemicals with their food. .

“Here we present a ready-made list of priority chemicals that should be immediately eliminated from use in food contact materials by decision makers.”

In terms of material sustainability, the researchers also note that the memo is an important time to reconsider the use of hazardous chemicals as the EU attempts to transition to a circular economy. For example, the researchers suggest that phasing out identified FCCoCs from virgin materials will help eliminate them from circulation, as they will not then be perpetuated through multiple recycling processes.

The EU’s Chemicals Strategy for Sustainability and the Farm to Fork Strategy both aim to ensure that consumer products do not contain chemicals that are hazardous to food safety and public health, with particular emphasis on emphasis on ensuring that carcinogens, endocrine disruptors or bioaccumulative substances are not present. The researchers conclude that the listed FCCoCs must be phased out immediately for the EU to achieve these ambitions, and that stricter enforcement of the legislation is needed to prevent damage from hazardous substances in food contact materials. .