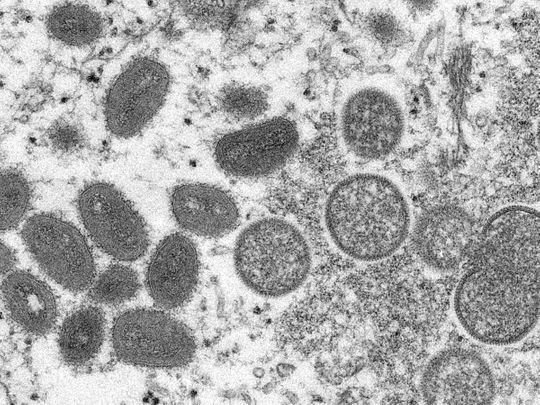 Monkeypox is likely spread from person to person through close, intimate or sexual contact with someone who has an active rash, senior US health officials have said.

The single U.S. case of the virus, usually contracted from infected animals, has no known link to Africa, where the disease is most often detected, said the officials, who spoke without being identified as a condition of participation in the call. Although the risk to the general public is low, health workers are being alerted to watch for possible cases and use protective equipment when needed, they said.

Unlike the COVID-19 virus, which spreads through the air and respiratory droplets, the spread of monkeypox requires much closer contact. Sharing bedding, clothing or a toothbrush with an infected person would create a greater risk, officials said on the call.

New and suspected cases of monkeypox have emerged in Europe and North America in recent days. The rare and potentially deadly cousin of the smallpox virus has traditionally been confined to parts of Africa, but health officials are concerned about its wide spread.

The World Health Organization said it had confirmed 37 cases and was investigating 71 worldwide. Most of those detected so far are among men who have sex with men, health officials said. A WHO advisory group on infections with pandemic and endemic potential met on Friday to discuss monkeypox, which has been a priority pathogen for the agency for years, according to a spokesperson.

As the summer months approach, more events and social situations could give the virus an opportunity to spread, senior U.S. health officials said on the call.

They also said there are ample supplies of an antiviral drug that fights monkeypox, SIGA Technologies Inc.’s Tpoxx, in the national stockpile.

In Massachusetts, where the only US case has been confirmed, state health officials are interviewing the patient to find out who they may have been in contact with. Finding the contracts will be a critical part of the response to the monkeypox outbreak, senior health officials said.

The United States recorded two cases of monkeypox last year in travelers who had recently visited Nigeria. However, in the most recent crop of cases worldwide, there is no known link to an African country. The scale of the unusual infections has created scientific concern, an official said on the call.

Monkeypox is significantly less dangerous than smallpox. Symptoms usually include fever, chills, and rashes or lesions on the face or genitals. The strain currently circulating is believed to kill around 1% of those infected, although no one has died in this current outbreak.

Contact Lenses vs Glasses: Which is Right for You? | Health