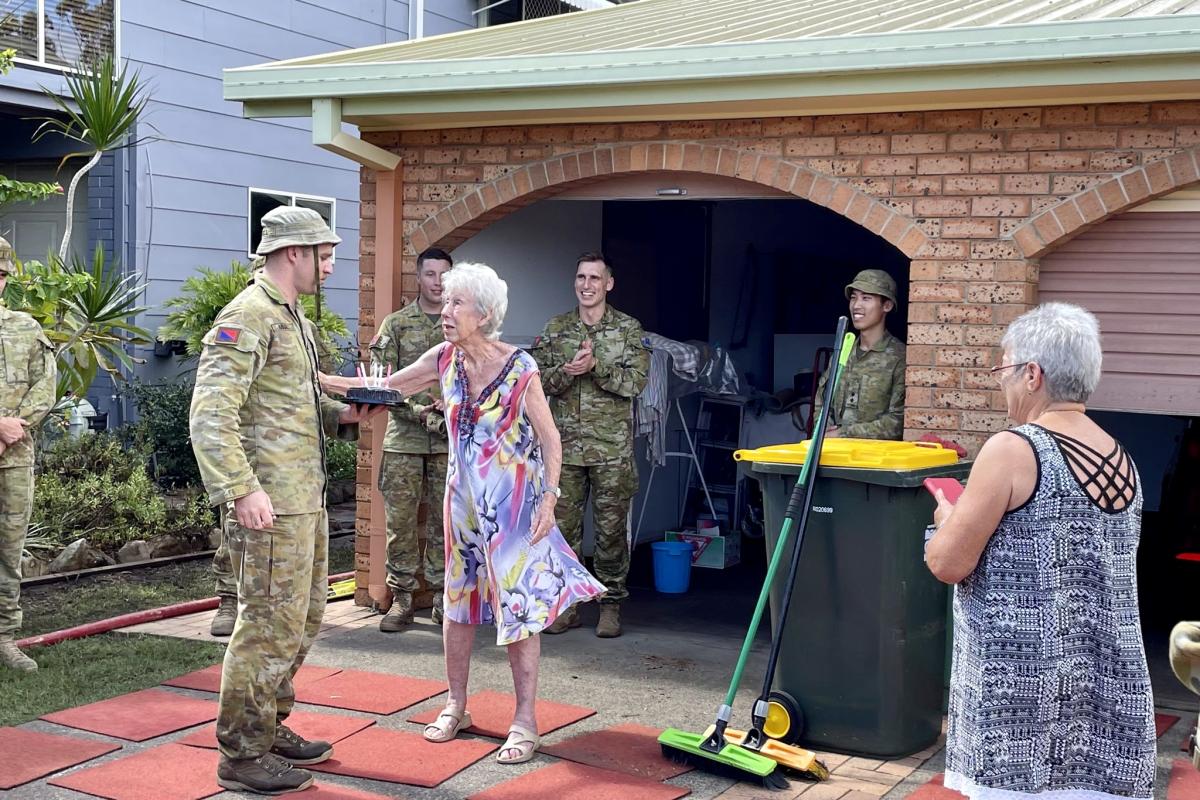 As the 1st Regiment, Royal Australian Artillery (1 Regt), carried out rescue and clean-up operations during Operation Flood Assist 2022 last weekend on Bribie Island, they were told by other residents that they were helping that nearby resident Beverly, was also in need of some help.

Lt. Charles Davies, an officer of the 1st Regiment, said Beverly’s house was in poor condition when they arrived.

“When we arrived it was clear she needed help,” Lt. Davies said.

“Beverly’s house on Bribie Island had water running through sections of it, up to 30cm high, which was now standing in her back yard and not draining.

“The gunners did what they do best, they got stuck in and cleared his house.

“After a few hours of work at her house, Beverly blurted out that it was actually her 91st birthday.”

The unit quickly hatched a plan to acquire a birthday cake.

“After the job was done, we threw a little party for her birthday,” Lt. Davies said.

“It definitely made his day after a tough few days.”

Beverly showed her appreciation for the unit’s efforts.

During the celebration, the unit learned that her late husband was a special forces officer who retired as a lieutenant colonel and served in World War II, the Korean War and the Vietnam War, before dying in 2005.

Beverly herself was a civilian administrator for 23 years with the 9th Battalion, Royal Queensland Regiment.