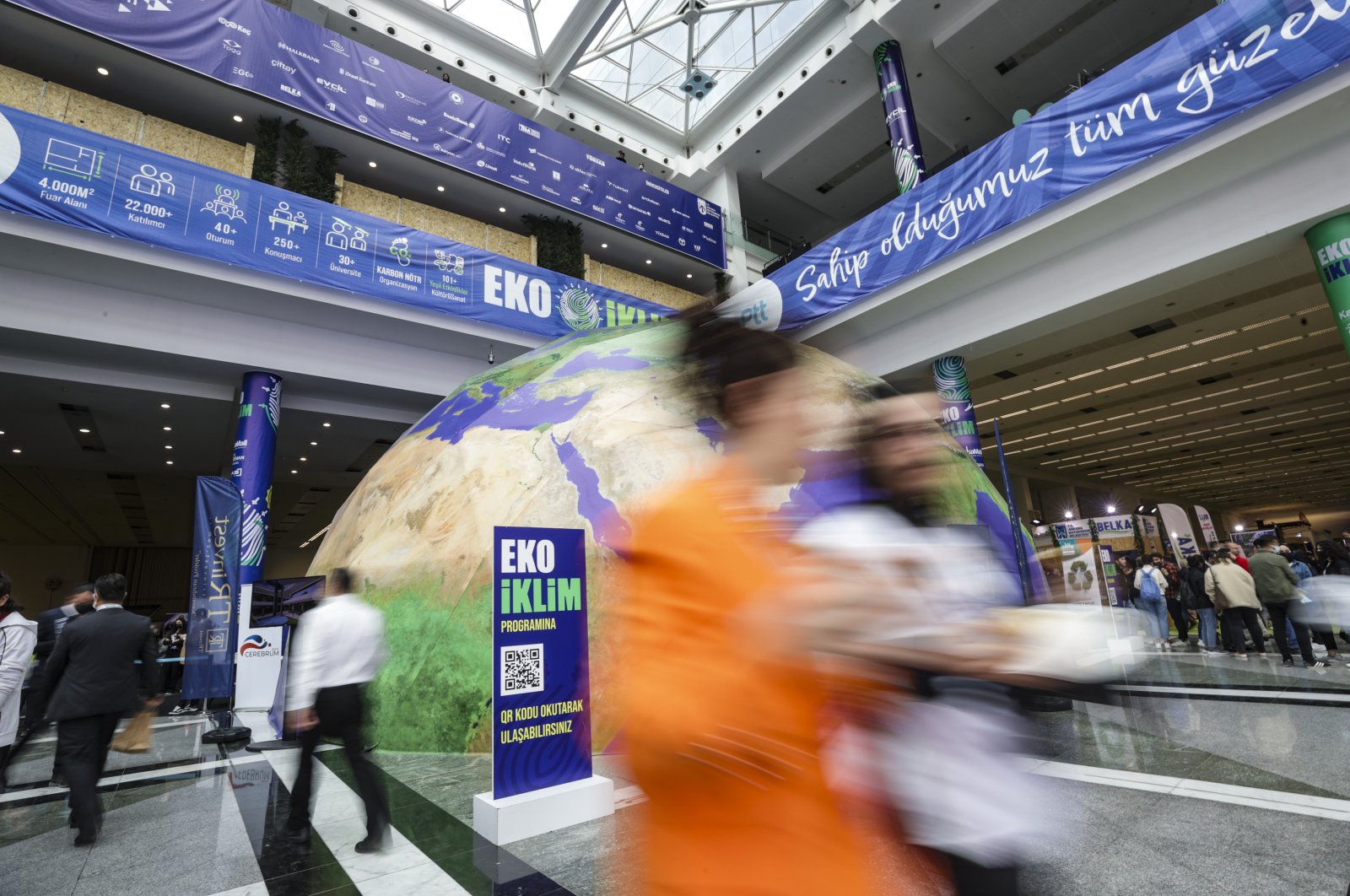 Turkey and EU in touch to reduce global waste transport

The European Union and Turkey are in contact to solve the problem of waste trafficking in the world, Ambassador Nikolaus Meyer-Landrut, head of the European Union delegation to Turkey, said on Thursday.

“This is a problem that needs to be solved urgently. The European Union is currently developing a strategy on this issue and working on measures to reduce this waste traffic,” he told a summit on the climate at the Congresium Ankara ATO International Convention and Exhibition Center.

“To achieve this, we must work with the countries concerned.”

Last year, Turkey banned the import of polymeric waste such as plastic bags and polystyrene cups following public outcry over images of waste illegally dumped and burned along roads.

The vast nation of 84 million people has become a prime destination for European waste.

A report by Greenpeace last year said Turkey became the biggest recipient of UK waste after China banned the import of many types of plastic in 2017.

Eurostat data shows that Turkey received nearly a quarter of the plastic waste exported by EU countries in 2019.

“We need to change this pattern of waste being shipped around the world,” Meyer-Landrut added.

The ambassador explained that one of the areas the EU is working on is reducing the amount of waste by focusing on materials that can be reused or ensuring that equipment is made to last. Longer. Reducing packaging materials is one such step, he added.

“If we want to reduce waste, we have to start by reducing products that don’t immediately go to the trash.”

“Another strategy is to reduce the amount of waste sold to other countries – as part of this, we are in talks with all countries, including Turkey. The EU is also in contact with its member states,” said Meyer-Landrut, adding that the aim is for each country to be able to manage its own waste.

The first Global Economy and Climate Change Summit (Eko Iklim) has kicked off in the Turkish capital, Ankara, where issues of climate change and green transformation are high on the agenda.

Under the European Union’s Green Deal and the Paris Agreement, Turkey faces a 60 billion euro ($66.63 billion) “carbon tax” until 2053.

Financing clean energy, transforming industries in line with global green policies and global strategies were among the topics discussed at the event. The event also elaborated on carbon reduction policies, their economic effects on efforts to combat climate change and government policies.

Meyer-Landrut further referred to Turkey’s ratification of the Paris climate accord, saying it was a welcome step and that there are several areas Ankara and Brussels can work on.

He reiterated that greenhouse gas emissions have increased in Turkey instead of decreasing and that much remains to be done if Turkey and the world in general are to achieve their climate goals.

Greenhouse gas emissions in Turkey reached the equivalent of 523.9 million tonnes of carbon dioxide in 2020, an increase of 3.1% compared to 2019, the Turkish Institute of Environmental Sciences revealed on Wednesday. statistics (TurkStat).

Turkey, which became the latest country in the G-20 group of major economies to ratify the Paris climate accord, is seeking to cut emissions. It currently ranks 14th among countries with high greenhouse gas emissions, according to the Global Carbon Atlas. The climate accord he ratified obliges countries to halve their emissions by 2030 and achieve a net-zero emissions target by 2053.

“The UN climate change conference had a good message and a bad message,” Meyer-Landrut said, indicating that the bad message was that with current measures the international community would not be able to achieve the objective of limiting global warming to 1.5. degrees Celsius (2.7 degrees Fahrenheit). “The good message is that we can still manage if we put in the extra effort.”

“We need to put the necessary pressure on governments to do their part,” he said.

“There are many dimensions on which Turkey and the EU can work together,” Meyer-Landrut said, indicating that the bloc and Turkey could work in particular in the areas of research, development and innovation ” since today’s technologies will not be enough to reach our targets.We need tomorrow’s technology.

Keep up to date with what is happening in Turkey, in its region and in the world.

PSG still in contact with the 24-year-old Barcelona star