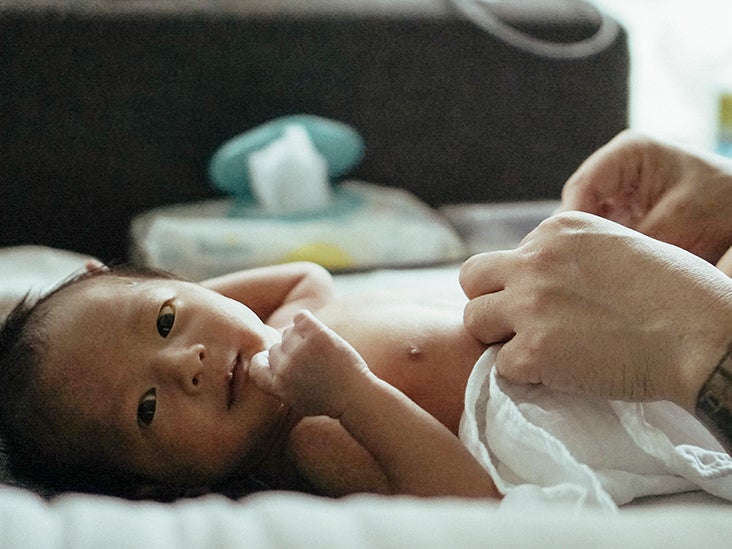 Diarrhea is an unpleasant event at any age. Diarrhea in infants can be of concern to caregivers, as infants are particularly likely to become dehydrated if they lose a lot of fluids in a short period of time.

Diarrhea in babies is manifested by frequent watery or loose stools. Although babies often have softer stools than adults, if a caregiver notices that their baby is producing softer stools than usual, they may want to consider the baby as having diarrhea.

Diarrhea often resolves on its own, but there are some things a person can do to make their child feel more comfortable when they have it. It is also essential to take steps to help prevent dehydration, as babies are among the groups most at risk of becoming dehydrated.

Things people can do at home to manage diarrhea in babies include:

It is important to note that a person should never give an infant over-the-counter anti-diarrhea medication. A person should contact their pediatrician for advice on home care if they have diarrhea or have symptoms that a doctor needs to examine the baby.

People should immediately seek emergency care (call 911) for infant diarrhea if the child is weak or does not move (lethargic) or if the caregiver thinks there may be a life-threatening emergency.

The most important thing to watch out for if a child has diarrhea is dehydration. It is when the body has lost too much fluid, a condition that can lead to a number of complications.

Warning signs that an infant has mild to moderate dehydration include:

Symptoms of severe dehydration in babies include:

A baby can develop diarrhea whether it is breastfed, formula fed, or a mixture of the two. Causes of diarrhea in babies include:

Research has suggested that babies who are exclusively breastfed have diarrhea less frequently than those who are even partially formula fed. A study of 150 infants, published in the Journal of Bangladesh College of Physicians and Surgeons, found that about 27% of breastfed babies had frequent episodes of diarrhea, compared to nearly 72% of those who were formula fed.

However, this does not mean that breastfed babies will never develop diarrhea. There are many reasons why a breastfed infant may experience diarrhea, including:

There are certain factors that can cause diarrhea in a formula-fed baby. These include:

A person should discuss preparation options and any dietary changes with their pediatrician.

Diarrhea is common in infants. Most of the time it will resolve on its own and caregivers can treat it at home. However, there are some signs to watch out for that may require medical attention, such as symptoms of dehydration.