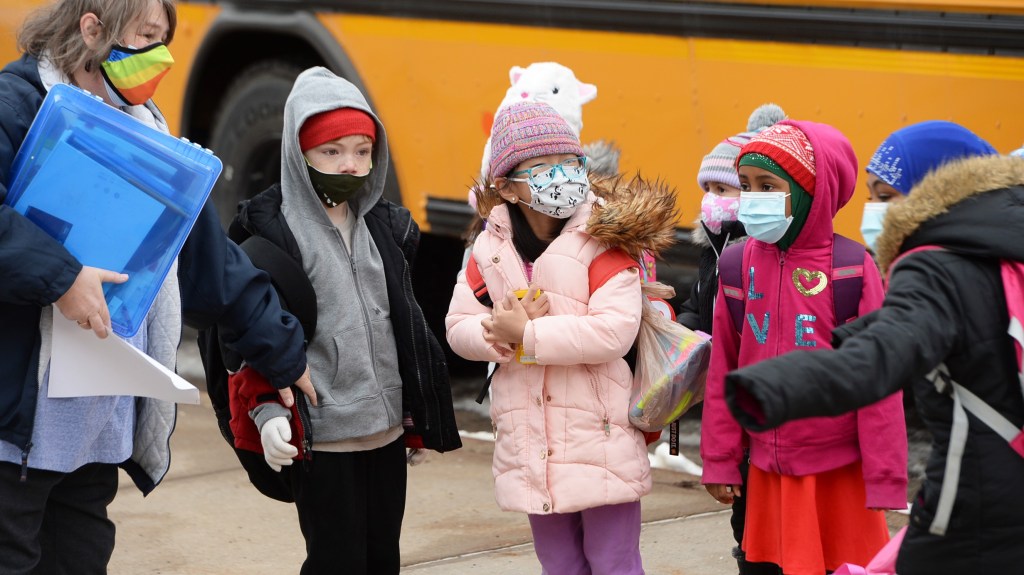 St. Paul Public Schools is dropping some of its coronavirus pandemic precautions, and its school board could vote early next week to lift the mask mandate for students, staff and visitors.

It’s been almost two full years since students were allowed in district schools without wearing masks. A rapid decline in new cases, along with revised mask guidelines from the Centers for Disease Control and Prevention, prompted the district to reconsider its mandate.

The school board will discuss at a special meeting on Saturday whether to rescind its resolution requiring masks. They will wait until Tuesday to proceed with a formal vote; it is also the day when teachers and other educators are tentatively scheduled to go on strike over a labor contract dispute.

School board chairman Jim Vue said board members wanted to have a discussion on Saturday in light of the CDC’s new mask guidelines. He said he hadn’t made a decision and wanted to know more about the 22% of district employees who have still not reported having been vaccinated, more than four months after the law took effect. district vaccination or testing requirement.

“I still have questions about our vaccination percentage in SPPS before making a final decision on this,” Vue said.

“NOTHING HAS BEEN DECIDED AT THE MOMENT”

District administration has yet to prepare a recommendation on whether or not to continue requiring masks, spokesman Kevin Burns said.

“It’s ongoing,” he said Wednesday. “Nothing has been decided at this stage.”

The CDC now recommends face masks only in counties with high rates of new coronavirus cases. Ramsey County’s risk level is considered low. In the Seven Counties Metro, only Scott County is in the top category.

Schools in South Washington County went unmasked last week, and Stillwater did so in mid-February.

Whether the mask mandate stays or goes, the St. Paul District has already decided to no longer notify families when a classmate tests positive for the coronavirus.

Mary Langworthy, district health and wellness director, said contact tracing is resource-intensive and has forced a large number of unvaccinated students to miss school. So they will stop doing it after this week.

The district would have made that call two months earlier had it not been for a dramatic increase in cases caused by the omicron variant. The district reported that 3,260 people were on site at a school while infectious in January; this number was only 424 in February.

“This change will allow students who have had to be quarantined multiple times to stay in school, especially those who have been disproportionately impacted by COVID-19, including students of color, kindergarten students and students receiving special education,” Langworthy said in a Message to Families Tuesday.

St. Paul students who test positive for the coronavirus must still stay home for 10 days — twice as long as the CDC now recommends — and staff for five days. Additionally, unvaccinated students or staff who live with an infected person must quarantine for 10 days.