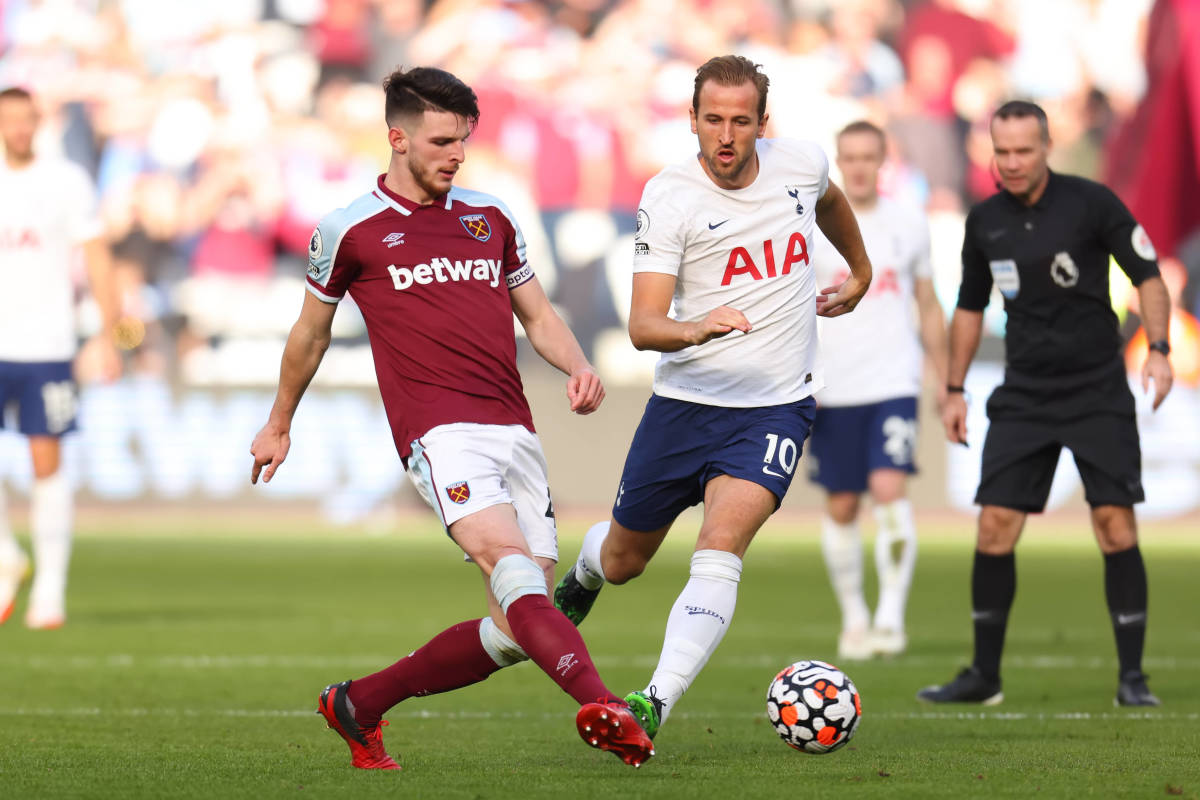 Manchester United have reportedly contacted representatives for Harry Kane and Declan Rice over possible moves to Old Trafford this summer.

United are currently looking for a new permanent manager alongside the start of summer recruitment.

Mauricio Pochettino seems to be ahead of Erik Ten Hag in the race for the post.

Pochettino previously worked with Kane at Tottenham Hotspur and the pair apparently have a good relationship.

In UnitedMuppetiers’ new YouTube video update, they suggest Poch is already asking for some players he’d like if he lands the job.

The update continues to state that sources have said the club are doing ‘preparatory work’ on Pochettino and the team he wants.

Finally, the Muppetiers say Kane has been a long-term target for United.

All signs point to Pochettino leading the race to become United’s next manager, with Kane apparently a prime target this summer.