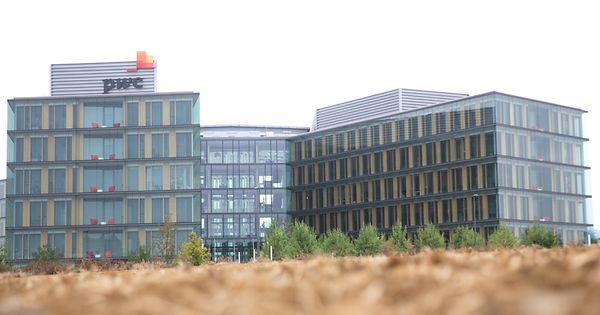 PwC is part of the Luxembourg Covid contact tracing team

PwC offices in the Cloche d’Or district of Luxembourg

Consulting and auditing firm PricewaterhouseCoopers is now part of Luxembourg’s Covid-19 contact tracing efforts after a higher workforce was needed to deal with the more contagious variant of Omicron, the government said in response to a parliamentary question.

The contact tracing team contacts and advises people who have come into contact with a Covid-19 positive person on the measures to take, such as isolation.

“Collaborators under contract with PwC Luxembourg and [cleaning company] Samsic Facility Luxembourg receives the minimum wage corresponding to the level of the secondary school diploma and is entitled either to meal vouchers or to one free meal per day”, declared Friday the Minister of Health Paulette Lenert and the Minister of l ‘Emploi Georges Engel in response to a parliamentary question.

The full team is made up of civil servants, seconded Luxair employees, volunteers and private companies, such as the audit firm PwC, the cleaning company Samsic and the telemarketing and call center company LDL Connect.

In December, Luxembourg decided to recruit 50 full-time employees via a public tender to reinforce the contact tracing team due to the increased workload due to the Omicron variant. PwC was the sole bidder, with Samsic Facilities as subcontractor.

The team numbers around 400 people and salaries vary according to qualifications and previous work experience or status within the civil service.

The first members of the PwC team were hired on February 3 and the contract with the firm will end in June, the parliamentary response said. LDL Connect staff were hired on the basis of a subsequent tender to reinforce staff working on the helpline.

PwC Luxembourg made headlines in 2014 when a whistleblower revealed that the firm helped secure tax relief deals with multinationals through the Luxembourg tax authority in 2014, in what have been called the LuxLeaks.