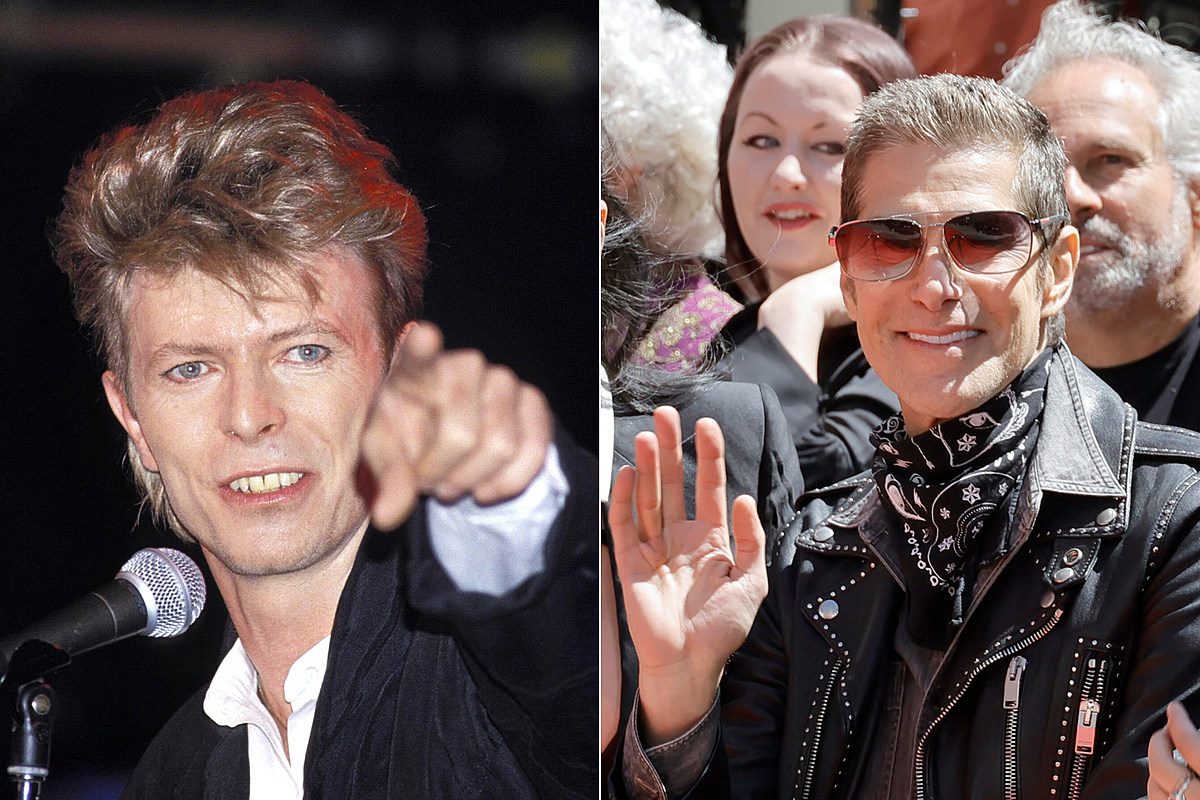 David Bowie was a hero and legend to many, so those in the music industry who were blessed with a relationship with the singer cherished the moment. But unfortunately for Jane’s Addiction’s Perry Farrell, he twice pushed the boundaries of that friendship with technological mishaps. As Farrell revealed to Howard Stern, on two occasions he accidentally gave access to Bowie’s personal contact information to random strangers.

Farrell and Smashing Pumpkins’ Billy Corgan both shared stories of Bowie when they appeared on SiriusXM’s The Howard Stern Show earlier this week. But Farrell’s story is one that leaves you with that sinking feeling knowing how much the Jane’s Addiction singer looked up to Bowie.

“It wasn’t like I was talking to him or saying anything bad,” Farrell explains, before revealing his mishap with Bowie. “Back in the day when cell phones were just starting to come in, I just had this Blackberry…so I left my Blackberry in a taxi on the way to the airport and the taxi driver took it took, looked through it and found David Bowie’s name, so he called it.”

Farrell reveals the taxi driver kept calling Bowie, which led to a reprimand from the legendary singer. Perry explains, “I said, ‘Hey man, that wasn’t me. I’m sorry that guy was bothering you, but I left my phone in the cab,’ so he forgave me.”

But that was just a knock on Farrell as far as Bowie was concerned. As Perry revealed to Stern, “It was also [around the time of] at the beginning of the internet, so I didn’t know what a blind CC copy on an email was. So these people contacted me to see if I could help them save this lake. And I was really excited about that and I was like, ‘I’m selfless and I’m going to help the world here’, and then I said, ‘I’m going to see if David wants to do this too. “”

“So I sent him this thing and I was like, ‘David, you have to help me save the fish,’ and what I didn’t realize was there were 300 people on the chain. Again all these people started hitting him. and again he said, ‘Perry, what are you doing?’ and I said, ‘Well, I don’t know not what I do. I’m sorry.'”

Farrell says after that he never really had a chance to catch up with the singer. He recalled, “Just before he died, they had a show he put together with Tony Visconti, a big producer, and he wanted me to do it. So I was like, ‘Oh man, I’m going to reconcile with David. It’s great. I can’t wait.’ But two weeks before the show, he died, so I never got a chance to say, “Hey man. We did it. And I didn’t mess up.”

Farrell performed at several Bowie tribute events over the ensuing years, and the singer remains one of his favorite artists.

Earlier this week it was announced that Jane’s Addiction would be joining Smashing Pumpkins on their fall tour. Additionally, Farrell was on hand to support Billy Corgan and his bandmates Smashing Pumpkins when the group became the second rock band to have their handprints immortalized at the TCL Chinese Theater in Hollywood.

“When he starts talking to me, and I make eye contact, I can’t remember anything he said”