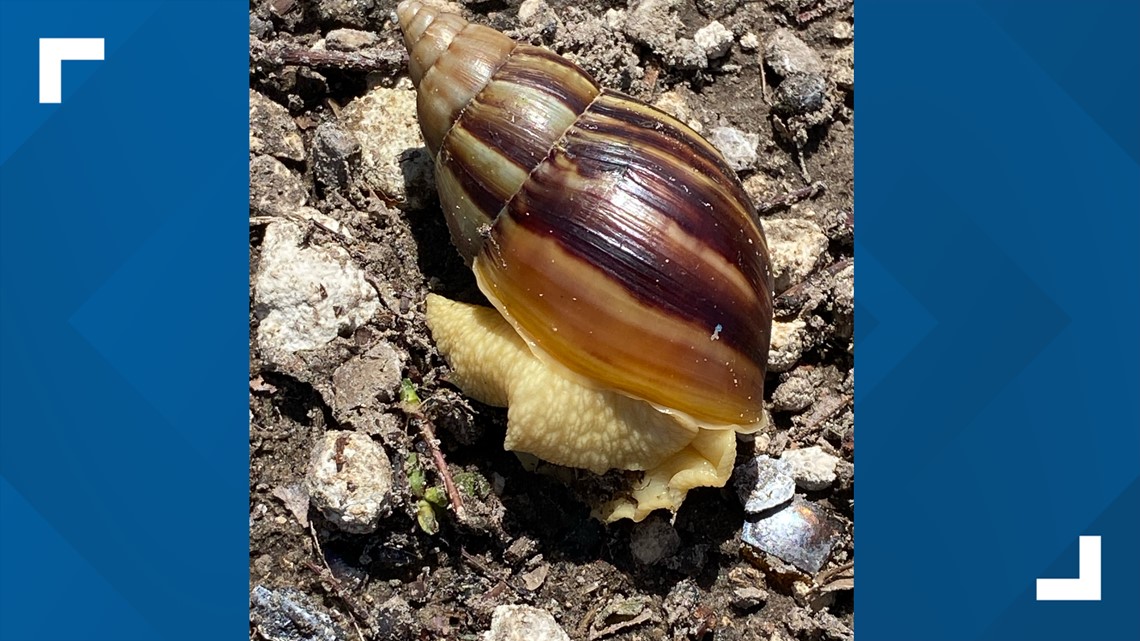 The FDACS is going door-to-door in Pasco County asking homeowners for access to their property to treat potential snail infestations.

PASCO COUNTY, Florida – The invasive giant African land snail continues to be a problem in Pasco County. While the Florida Department of Agriculture continues to work to eradicate them, in some cases there have been new hurdles to solving the problem.

Jay Pasqua runs East Richey Lawnmower and Equipment next to a vacant lot that has been a hotspot for snails.

Part of the reason could be the land behind it. Pasqua says the FDACS was unable to get in touch with the owner to gain access to the property and eradicate the possible snail population.

“They haven’t been in contact with the person who owns the property,” Pasqua said. “They’re still working diligently on it, because they want to get in there, and based on the ones they found today alone, they’re very eager to get in there.”

FDACS says it’s not a widespread problem, but it does cause problems.

“Some of the properties in the area are either owned by trade names or other entities where we had a little more trouble contacting the owners, or the owner was not home or reachable by phone. , by email or other means,” said Christina Chitty, director of public information for the Plant Industry Division for FDACS.

In some situations, some of the properties that authorities have been unable to access are so overgrown that it can be difficult to track down and eradicate the snails. The property near Pasqua’s store is so overgrown that some weeds and greenery are over 6 feet tall.

“Usually we would mitigate that somehow,” Chitty said. “In the past, when eradicating Miami, we have done debris removal and even helped acquire landscaping for properties to make the effort efficient.”

In some cases, if the owner cannot be reached, he may turn to other avenues.

“At some point we have legal ways to go through the warrant process to actually deal with these properties, and go through other channels to find the owners of the properties,” Chitty said. “But yes, we would not be able to declare eradication if a property needed for treatment is not addressed in a timely manner.”

Relief on the way? Student loan servicers told not to contact borrowers