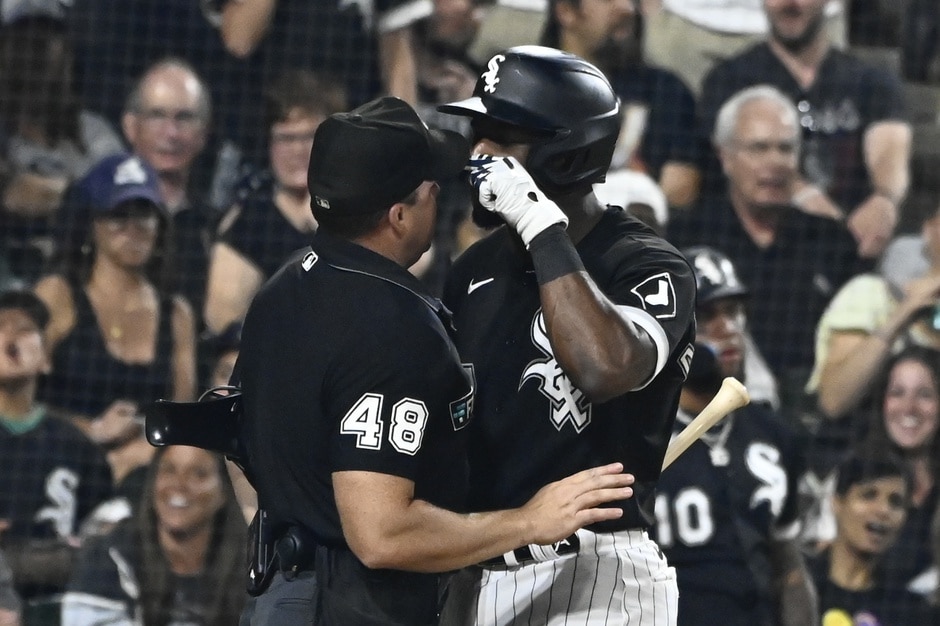 Major League Baseball announced on Saturday that Tim Anderson had been handed a three-game suspension and a fine for contacting home plate umpire Nick Mahrley. The amount of the fine was not disclosed.

Anderson is appealing the suspension, so he was still in the starting lineup for Saturday night’s game against the Oakland Athletics.

The incident leading to the suspension occurred in the seventh inning of Friday night’s game. After taking a boundary pitch that was called a strike, Anderson turned around in disbelief and expressed his displeasure. After exchanging pleasantries, Anderson began to walk away before turning to get one final verbal jab. Mahrley promptly ejected him from the match.

Then Anderson lost it. He sized up Mahrley and moved towards his face, bumping the brim of Mahrley’s cap with his helmet. Tony La Russa rushed out of the dugout to intervene and was also ejected. The White Sox would lose 7-3.

Anderson also chose to appeal that suspension. The suspension was maintained. He served two games of it at the end of the 2021 regular season, but had to serve the last game on opening day.

With the schedule set for August, each game becomes more and more important as the White Sox try to fight their way to first place. Being crippled because Anderson lost his temper doesn’t help matters.

Anderson is batting .310 with six homers and 12 stolen bases. As he has done for much of his career, he remains the catalyst for the White Sox offense. Now the White Sox will need to find a new point guard to replace their All-Star shortstop for three games.