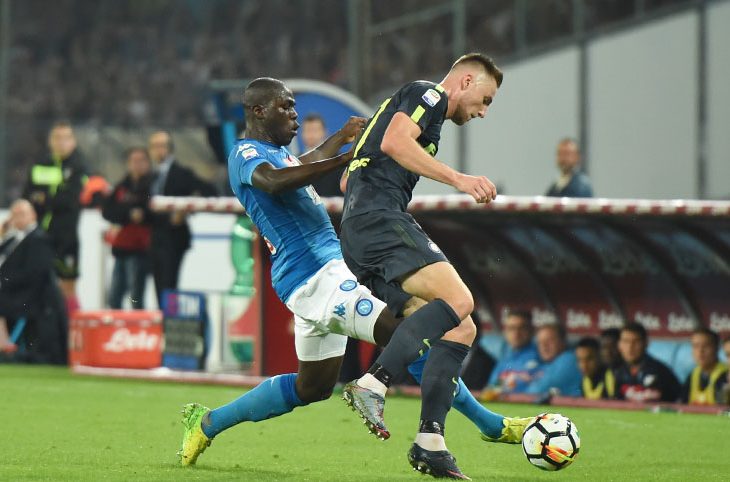 Manchester United have been linked with Kalidou Koulibaly for a very long time and reports indicate that they are in contact to finally sign him.

Back in 2019, the Red Devils were keen to snap up the Senegal international but weren’t ready to pay the €120m asking price (La Gazzetta Dello Sport).

We ended up bringing in Harry Maguire who is still the most expensive defender in the world and unfortunately he was very inconsistent for us.

Last year, the Old Trafford side came up with a bid worth €30m (£29.7m) but the offer was rejected by Napoli chairman Aurelio de Laurentiis (GoS).

Man Utd then brought in four-time Champions League winner Raphael Varane, but the World Cup winner has spent a lot of time on the treatment table this term and hasn’t been at his best. Suddenly, the Red Devils suffered a lot.

Now, according to Area Napoli, Man Utd would be in contact with Koulibaly’s representative, who could be lured for 35 million euros this summer.

The news source mentioned that the likes of Paris Saint-Germain, Barca and Chelsea are also linked with the 30-year-old centre-back.

Koulibaly is one of the best defenders in the Italian league. The African superstar made Serie A’s team of the season four years in a row (2015-2019) and won the Senegalese player of the year award twice.

In the current campaign, he has started 25 league games so far and helped Napoli, who have qualified for the Champions League, to keep 10 clean sheets (3 goals and 2 assists).

Earlier this year, the former Genk man led his country to their first Africa Cup of Nations title. He surely has the quality and experience to improve the backline at Old Trafford.

In your opinion, should Man Utd shell out £29.7m to finally sign Kalidou Koulibaly?