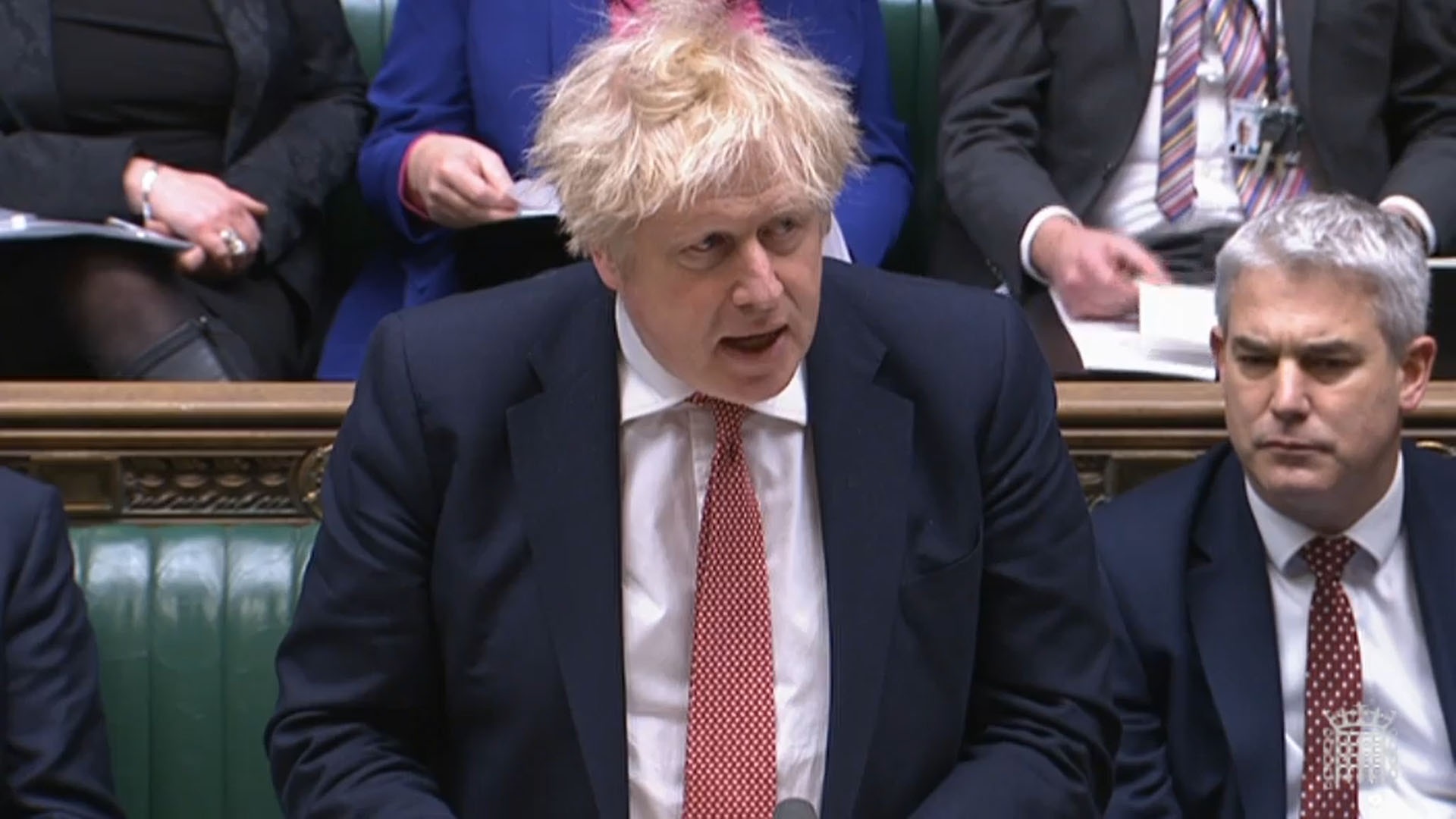 People who test positive for coronavirus will no longer be legally required to self-isolate from Thursday, and free universal testing will end in April as part of Boris Johnson’s plan to ‘live with Covid’.

The Prime Minister detailed the strategy for England in the Commons late on Monday afternoon after a disagreement in Cabinet that was supposed to focus on funding for future virus monitoring.

Those who receive a positive Covid-19 test will still be asked to stay home for at least five days, but will not be required to do so by law under plans subject to parliamentary approval.

Routine contact tracing will also end on Thursday, as will self-isolation payments and the legal requirement for individuals to inform their employers of their obligation to self-isolate.

Changes to Statutory Sick Pay and Employment Support Allowance designed to help people through the coronavirus pandemic will end on March 24.

People aged 75 and over, the immunocompromised and people living in nursing homes will be offered another Covid-19 booster vaccine this spring as part of the plans.

But the Department of Health and Social Care will not receive any additional money to carry out the tests.

“The pandemic is not over”

Johnson warned that “the pandemic is not over”, with the Queen’s positive test being a “reminder that this virus has not gone away”.

But he told MPs it was time to ‘move from government restrictions to personal liability’, with ‘sufficient levels of immunity to complete the transition’ from laws to the use of vaccines and treatments.

“It is time for us to regain our confidence. We don’t need laws to force people to be considerate of others. We can rely on that sense of responsibility to each other,” Mr Johnson said.

“Let’s learn to live with this virus and continue to protect ourselves and others without restricting our freedoms.”

The government expects a market for lateral flow devices to develop once the boxes are no longer available for free on the NHS, with individual tests expected to cost a few pounds.

To prevent people stockpiling them before April 1, individuals will only be able to order a box of tests from the NHS every three days instead of every 24 hours.

Cabinet was due to approve the plan on Monday morning, but the meeting was pushed back to the afternoon at the last minute, with the delay believed to focus on demands from Health Secretary Sajid Javid on how the elements would be funded .

The chaos surrounding the policy, which is expected to help bolster support for Mr Johnson on the Tory benches by ending remaining legal restrictions in a nation that has lived under measures for nearly two years, came as the authority of the Prime Minister was undermined by the partygate scandal.

But No 10 finally said the Cabinet had given the strategy its “unanimous backing” after a virtual meeting in the afternoon.

One of the factors influencing the decision was data indicating that the Omicron wave caused no excess deaths, an indication of the protection offered by vaccines.

Labor leader Sir Keir Starmer said it was ‘not a plan to live well’ with Covid and will leave the nation ‘vulnerable’.

“As a nation there is no doubt that we have to move on from Covid. People need to know that their freedoms are coming back and coming back for good.

“But it’s a half-done announcement from a government crippled by chaos and incompetence. It’s not a blueprint for living well with Covid.

Ahead of the announcement, devolved leaders condemned any move to cut the testing scheme which has cost nearly £16billion this financial year.

Welsh Prime Minister Mark Drakeford said it would be ‘premature and unwise’ to reverse the scheme, adding: ‘Testing has been central to breaking chains of transmission and as a monitoring tool helping us to detect and respond to emerging variants. It is essential that this continues.

Scottish First Minister Nicola Sturgeon said a “significant rollback” of the testing regime would be “an inexcusable negligence given the continuing risks”.

Follow the money: The spike in the real estate market is starting to push investors towards startups and small businesses

The market for contact lens solutions is booming worldwide