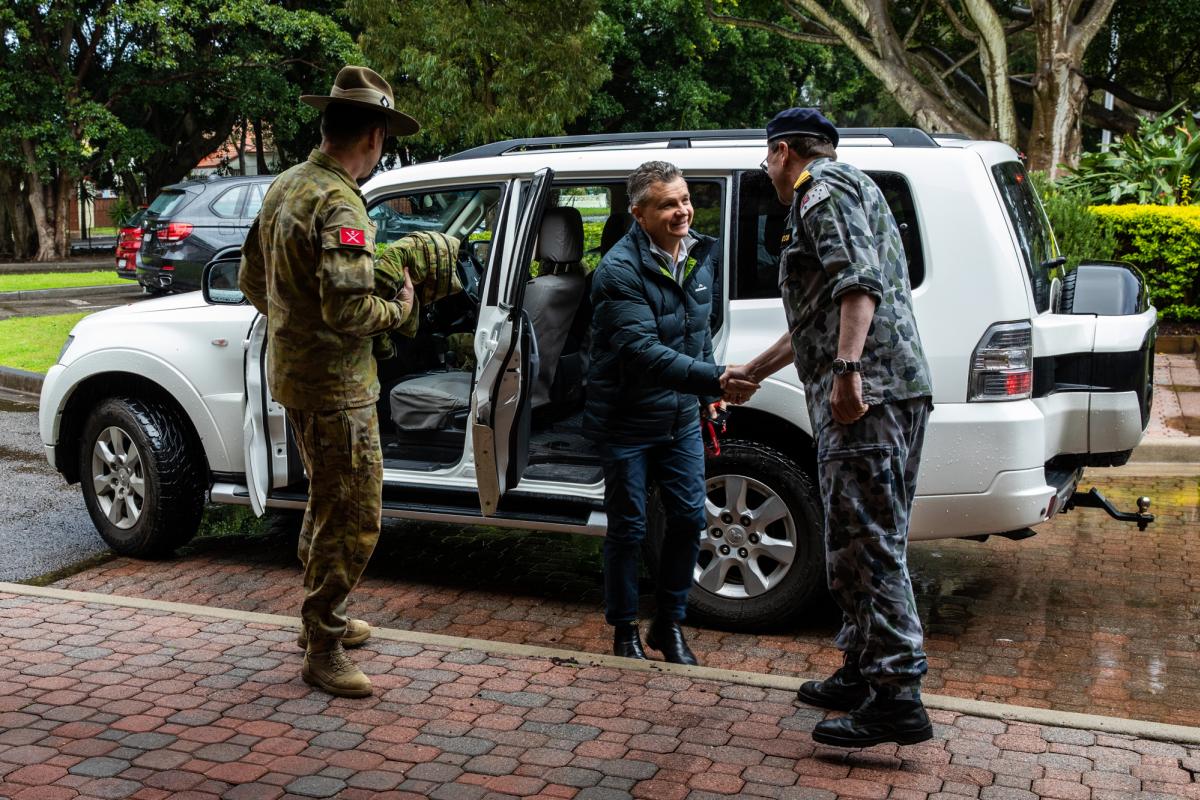 Two Members of Federal Parliament have seen first hand the efforts of Australian Defense Force (ADF) personnel assisting the emergency services during the clean up following flooding in the Hawkesbury area.

Escorted by Brigadier Robert Lording, Commander of National Operations in New South Wales, they received a briefing on the situation at the Emergency Response Command Post at Windsor Police Station, followed by a tour of a wedding reception center on the banks of the Hawkesbury River, which felt the full force of the floods.

Predictably, the visitor center was in dire need of help as the owners began cleaning up.

More than 60 ADF members provided the “muscle” to clean up the surrounding buildings and gardens.

As a local member, Ms. Templeman is part of the community and was well aware of the suffering caused by the floods. She expressed her gratitude for the role played by the ADF in the recovery assistance.

“Having ADF support in the cleanup is really a game-changer for us,” Ms. Templeman said.

“From the start – and the key here is that the ADF reacted very quickly – there was a really positive feeling in our community towards the help of the ADF.

“This community is already big fans of the ADF because we have the RAAF base here in Richmond, and seeing the work the ADF is doing only strengthens that relationship.”

Mr Thistlethwaite praised the work of ADF staff on the ground.

“I have just met with the six different agencies involved in the recovery here and everyone has thanked the ADF staff for their fantastic work and the speed with which they were deployed,” Mr Thistlethwaite said.

How to Add Copyright and Contact Information to Images in Photoshop