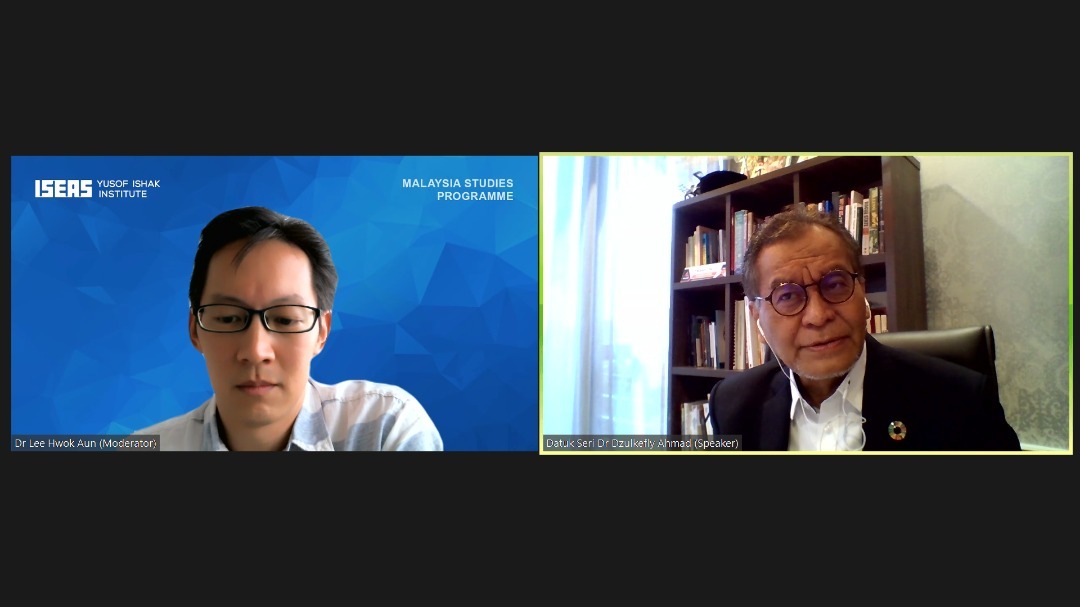 KUALA LUMPUR, April 27 – Former Minister of Health Dzulkefly Ahmad continues to see contact tracing as an essential tool to monitor any new outbreaks of Covid-19 in the endemic phase, although he believes the MySejahtera app will not has not fully achieved this goal.

MySejahtera was supposed to be used by federal health authorities to track close contacts of positive Covid-19 cases by requiring people to use the app to scan QR codes in public places.

Speaking at an ISEAS-Yusof Ishak Institute webinar on “Malaysia since Sheraton move: pandemic, politics, popularity” today, Dzulkefly said the country should not let its guard down in anticipation of a “ruthless virus” that “always mutates into a more virulent one”.

“The only good thing is that there was a mistake in the evolution (of SARS-CoV-2) that Omicron is less virulent than the Delta variant, but you never know what’s coming. Already , we have this recombinant and others coming in so we need contact tracing on board, on hold, that could be immediately triggered and alerted and put in place and that’s something we don’t do no compromise because it is part of FTTIS (find, test, trace, isolate, support) in the event of an epidemic after an endemic phase.

“So we have to have that, we can’t compromise on that. I disagree with those who say we can remove contact tracing because it’s such a shame we’ve had this platform all this time – although it hasn’t served its purpose , I have to say, very good,” Dzulkefly said. .

“Forgive me for saying this, but our Selangkah (Selangor Covid-19 app) was of course earlier and we had tried to play our part – we were supplementing and supplementing the work of the MOH (Ministry of Health) at the federal level – but somehow we couldn’t… for some reason it’s now, they say the rest is history.

Dzulkefly said MySejahtera, or any other platform, can serve as a contact tracing platform, which he described as a way to bolster non-pharmaceutical measures after learning about the “very harsh ways” of the pandemic. of Covid-19.

“So I have to say the Ministry of Health or the government really need to be clear about this. I am not here to make any further presumptions of anything… I think Minister KJ (Minister of Health Khairy Jamaluddin) may have been in a predicament by being a victim of any circumstance – I don’t know if that’s the right word.

“But he has to be clear to really iron out and deal with and do his best with whatever has come up, and it’s very unfortunate, all of those things.

“If it hadn’t been for the shareholders’ legal ramblings, you might not even know what a massive amount of money would flow from the government to the private party that started as CSR (corporate social responsibility),” he said. said Dzulkefly.

MySejahtera was embroiled in controversy after a report by the Public Accounts Committee (PAC) on March 24 raised the lack of a contract between the government and app developer KPISoft Malaysia Sdn Bhd (now Entomo Malaysia Sdn Bhd) , and the approval by the Direct Negotiations Cabinet for a new company, MySJ Sdn Bhd, for the application.

Khairy already said malaysia that the government would not abandon MySejahtera, saying the app with at least 38 million registered users was still useful for electronic health records after the pandemic.

Contact tracing data from the first pandemic wave of COVID-19 in Shandong Province,…