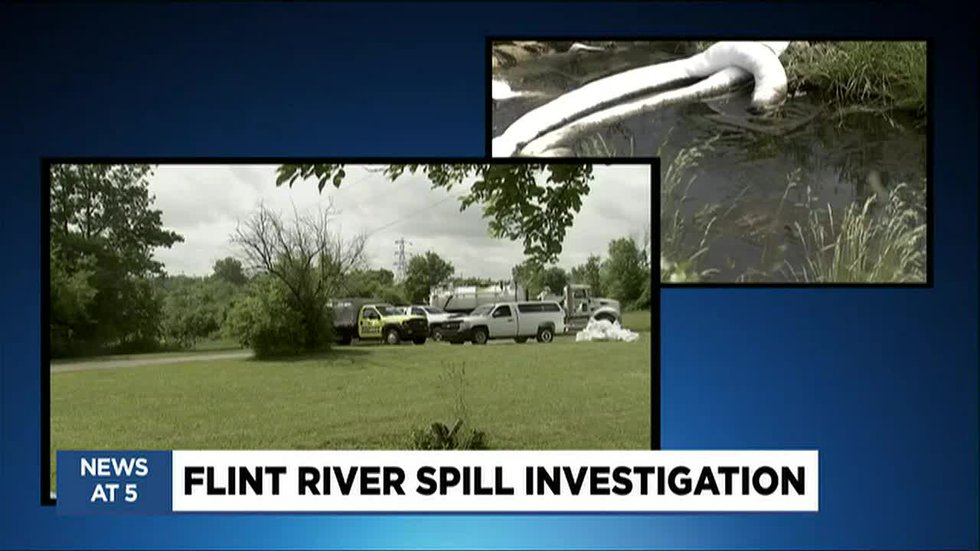 Officials say they are checking the entire river for violations and looking at other industries along the water.

“It should be a gut check for everyone to check your systems, check your protocols, because today is Lockhart, and if you’re not careful, it could be someone else,” said Genesee County Sheriff Chris Swanson.

The impacted birds and turtles were cleaned and released. Nine of 10 contaminated shrub and tree sites have been cleaned up.

Officials have yet to find the exact breach.

“We know the location, we’ve identified it, but it’s a site that has had decades and decades and decades of industry on that exact piece of land. So to dig we have to do it meticulously and I think it was best described as an autopsy of the earth,” Swanson said.

At this time, there is still residual flow. He was captured by the booms.

There is a cease and desist order against Lockhart from the city of Flint.

“This will remain in place until they agree to fully comply with the law, ensuring that we can fix this issue of our environment once and for all,” Flint Mayor Sheldon Neeley said.

There’s no exact figure yet, but Sheriff Swanson estimated the damage to be in the millions of dollars.

The no-contact order is still in effect for the entire Flint River in Genesee County, from Stepping Stone Falls to Barbara Park in Montrose.

“We have crews there who in the process of cleaning also clean up additional debris and things that have been found in the river to not only remove the contaminant from the water but to make the water a better place than it was before this emergency started,” said Genesee County Commissioner Domonique Clemons.

Swanson said he doesn’t yet know the exact substance in the river and testing is underway.