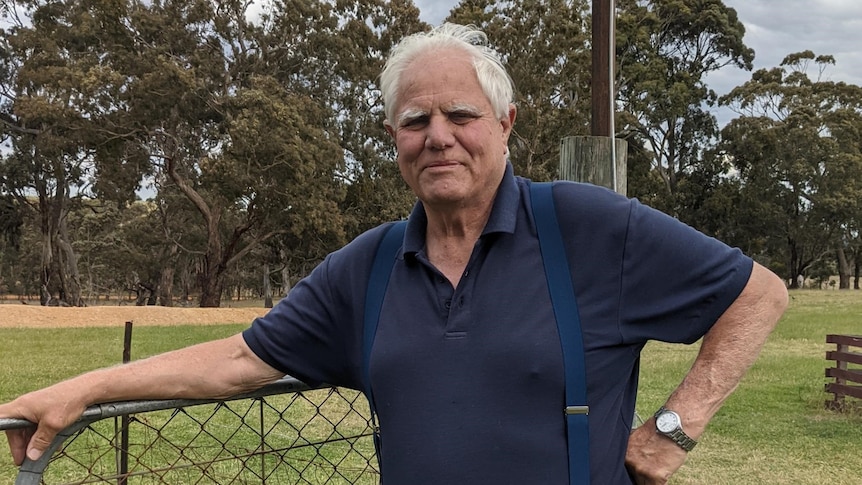 David Murray attended what he believed was a COVID-safe country music event at the Hamilton Golf Club in western Victoria on Nov. 14, an event that has since spawned a cluster of 31 cases on Thursday.

The day after the event, Mr Murray visited his wife at an elderly care home near Ararat.

More than a week later, he found out through a friend that the event he had attended had turned into a coronavirus outbreak.

He learned about the epidemic from the media.

“I was horrified,” Mr Murray said.

“I thought everything was safe. But when I found out [about the exposure] and we hadn’t been informed after more than nine days that the virus was there… it was heartbreaking.”

What you need to know about the coronavirus:

Despite a continued rise in cases from the Hamilton Country Music event, Mr Murray has yet to be contacted by authorities about the outbreak.

“I think all of these people could be sick… my wife could die, my friend could die,” he said.

LIVE UPDATES: Read our blog for the latest news on the COVID-19 pandemic

Mr Murray tried to contact the authorities for health advice but, after several calls, he gave up.

He described as “essentially impossible” to get the right information from the right authority.

“If I had been warned right away, I would have done something…but I wasn’t,” he said.

The Victorian government was asked about the contact tracing process after Mr Murray’s experience.

A spokesperson did not respond directly to questions, citing instead a previous statement from Premier Daniel Andrews:

“Exhibition sites will no longer be published. Instead, the [Health] The department will use the Service Victoria app’s new alert feature to notify customers of high-risk places where positive cases have been present such as restaurants, gyms and nightclubs, and advise them to get themselves test,” the statement read.

“People who test positive are strongly advised to notify social contacts they have spent time with and encourage them to get tested. The department will not trace or manage these contacts.”

Mr Murray has since tested negative for the virus.

Misplaced tradie at the exhibition site

This is one of the many concerns that are being raised about failings in the contact tracing system.

In September, Jonathan Slocombe received a call from the Victoria Department of Health saying he had been to an exposure site.

The only problem is that he wasn’t there.

“I was so confused,” Mr Slocombe said.

“It just felt like the whole thing was a mess.”

Mr Slocombe had taken a COVID-19 test five days before receiving the message, purely as a precaution.

His boss told everyone that the company would close for a few days because one of the construction sites became an exhibition site.

Mr Slocombe described the call from a health department staff member as confusing and unhelpful.

“When I questioned her, she said I needed to speak to her manager,” he said.

“So his manager called me back to get me out of isolation.

After being informed that he had to self-isolate for 14 days, as he was at an exhibition site, he contacted his boss who informed him that he had not been at the site in question and that he didn’t need to isolate himself.

Contact tracers had told his boss he was clear to return to work due to his negative result.

But he received daily texts from the Ministry of Health, ordering him to self-isolate.

“It troubled me even more…every message I received said something different,” he said.

Seeking clarification, the 25-year-old trader spent hours on the phone trying to reach the department or the coronavirus hotline, but was unable to reach anyone on the phone to clarify advice. ‘isolation.

“I was spending three hours a day on the phone,” he said.

“Over 97% of close contacts are contacted within 48 hours,” the spokesperson said.

“We remind every Victorian that getting tested – and getting tested as quickly as possible when symptoms appear – is essential to a rapid public health response.”