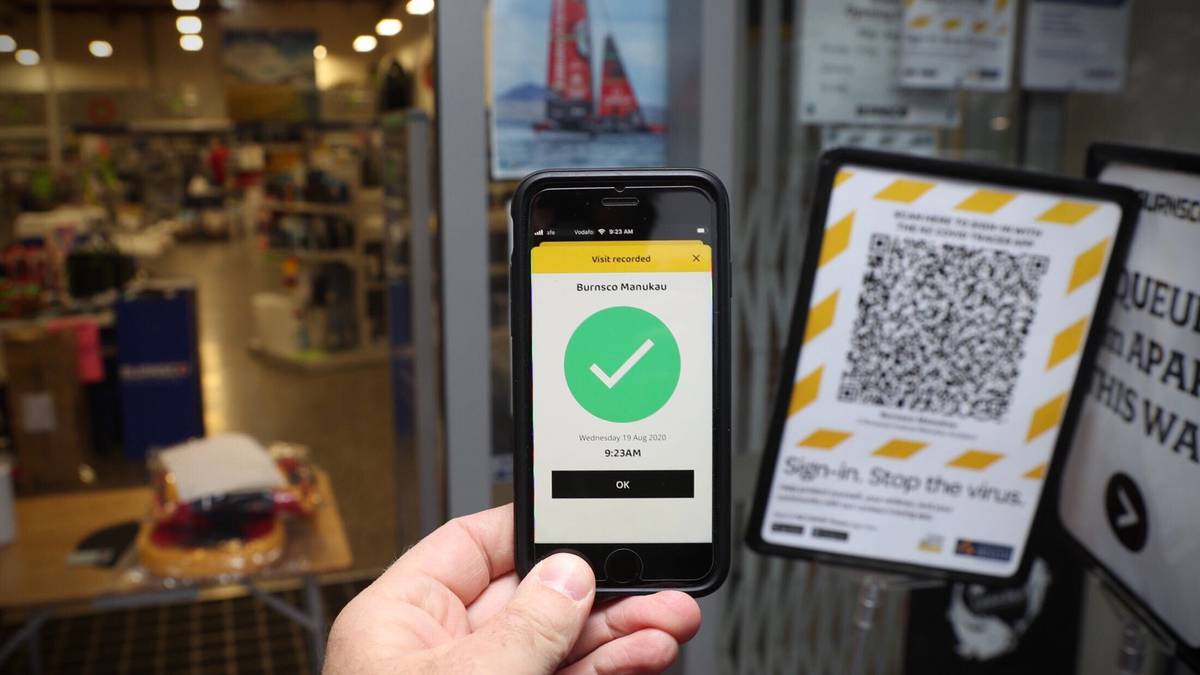 Covid 19 Delta outbreak: why the government is rethinking contact tracing

New Zealand today reached a major vaccination milestone, with 90% of eligible Kiwis now having received at least one dose of the Pfizer vaccine. Video / NZ Herald

Digital tools like the NZ Covid Tracer app are set to become even more important to New Zealand’s pandemic response, experts say, as officials alter their contact tracing strategy to deal with the high number of cases.

Whether contact tracing can keep up with the growing number of daily cases has been a critical question surrounding the Delta outbreak, with another 185 infections added to the tally today.

The Ministry of Health has now tightened its approach to focus on “very close” and “close” contacts of people infected with Covid-19, rather than “casual” or “casual more” contacts, such as people who had briefly been in the same place at the same time.

“This was driven by our analysis of the secondary attack rate, which showed casual plus contacts resulted in no positive cases,” a ministry spokesperson told the Herald in a statement.

With this change, the system was “coping” with the current rolling average of 154 new cases each day.

The ministry was now in the process of setting up a national case investigation service, which was to increase capacity by an additional 150 cases each day, while allowing it to be increased over time.

While the system under which public health units operated had been designed to handle between 180 and 270 cases a day during the nationwide lockdown, research efforts during the Auckland Delta outbreak fell short of those totals.

The ministry acknowledged that “the very high levels of complexity” seen in cases in October had “affected estimates” of what could be achieved under a system that also tracked casual contacts.

“Taking this approach, at the time, it was estimated that health units had the capacity to handle between 100 and 120 cases per day, with the ability to increase up to 150 cases per day for limited periods of time. .”

With the number of cases on an increasing trajectory – health experts warned this week that the daily tally could reach 1,000 by Christmas if the spread intensifies further – Covid-19 modeler Professor Shaun Hendy, said a change in approach was needed.

The new dynamics were exemplified by the fact that places of interest were no longer widely shared, while far fewer cases disclosed each day were epidemiologically linked.

“The contingency plans we had in place were based on scenarios like August of last year, where we could still phase out, and we could put surge capacity in place to deal with a large number of cases for a short time,” Hendy said. , by Te Pūnaha Matatini.

“As we now enter a different phase, where we obviously have a tolerance for cases – particularly in Auckland – so what you need is a much more sustainable approach to contact tracing.”

He expected that while contact tracers would still spend a lot of time reaching people in vulnerable parts of the community, our response would increasingly rely on electronic tools.

“Now that the outbreak is much more widely distributed in Auckland – and we’re going to move to a traffic light system where we tolerate cases across the country – we really need scalable solutions.”

That meant a diet that didn’t require as much direct interaction with contact tracers, but relied more on people’s ability to self-manage and isolate themselves, he said.

Even so, he said, contact tracing would remain essential, “because we know that vaccination is not enough to control delta alone”.

“So I think it’s really important that we have a sustainable contact tracing system in place that can operate at a reasonably high capacity for many months, if not years.”

Although people’s use of the app has been poor over time, he said recent data was more encouraging, especially in Auckland.

“At Tier 3, Stage 2, for example, we’re seeing a 12% increase in QR code scans each day compared to the same day last week, which I think reflects the increased mobility around Auckland,” did he declare.

“We are now seeing figures in the range of 2.7 million daily QR code scans. I would expect that once everything is open and everyone is outside as they would be in normal conditions Level 1, then we could see four to five million QR scans a day.”

As for the other key part of the app, about 2.26 million people had enabled Bluetooth tracking, or about 60% of the adult population.

“That means we have a very high proportion of people using it compared to other jurisdictions – places like Europe, for example, are quite happy to have 20-25% of the population using tools Bluetooth contact tracing.

“Because we are at 60%, we should definitely think about how we can use this to support contact tracing processes.”

More “blunderbuss” approach in contact tracing: responsible for the Ministry of Health