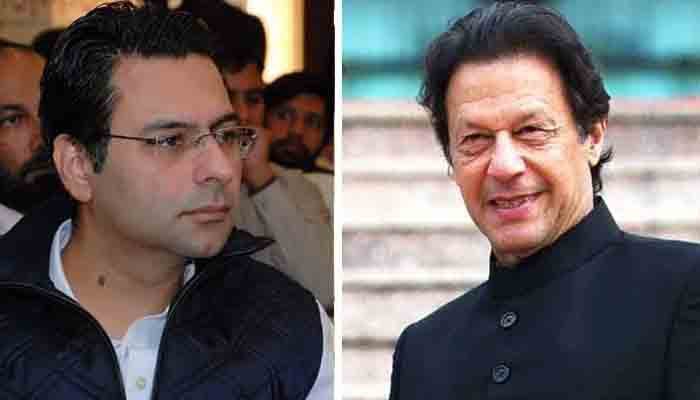 Contact with opposition parties: the PMLQ allays the government’s concerns

ISLAMABAD: Pakistani Muslim Q League MP Chaudhry Moonis Elahi on Monday asked Prime Minister Imran Khan to reassure members of his party not to panic [ghabrana nae hay] as the PMLQ would stand with Pakistan Tehreek-e-Insaf [through thick and thin].

He said they should not be panicked by the PMLQ’s meetings with opposition leaders, adding that the Pakistan Muslim League-Q respects its alliance with the ruling party. Addressing a ceremony here, Moonis clarified his party’s position following a meeting of Pakistani Muslim League Nawaz (PMLN) chairman Shehbaz Sharif with the Chaudhry brothers “to inquire about the health by Chaudhry Shujaat”. “The relationship with Imran Khan was designed to move forward,” Moonis added.

The leader of the PMLQ said “we are political people and welcoming everyone who comes to us is our tradition”. He said politicians build relationships and then move them forward. “It’s not our norm to turn away our guests,” Moonis said.

Prime Minister Imran Khan, who later addressed the meeting, agreed with Moonis Elahi. He said PTI members had become “combat hardened” over the past 25 years of their struggle and there was nothing to panic about. He said the ruling PTI had ‘full confidence’ in the Chaudhry family-led PML-Q and claimed the ‘panicked’ opposition had now become aware of the health of former prime minister Chaudhry Shujaat Hussain .

“I think Mr. Chaudhry [Shujaat] is a politician who has such political skills that no one has and the people who suddenly think about his health are the ones who are panicked,” Prime Minister Imran said during a speech at the International Symposium on Pakistan Hydropower Development from a global perspective in the federal capital.

The prime minister’s mockery was apparently aimed at opposition leaders, who last week met with PMLQ leaders in a bid to secure a no-confidence motion against the prime minister in parliament.

Amid the current political atmosphere, he added, panicked politicians were meeting the families of their party workers after 20 years of their deaths and offering their condolences.

Separately, during a PTI Central Executive Committee meeting on Monday, Prime Minister Imran Khan said that all parties in the ruling coalition support the PTI and are going nowhere. He said they would counter the opposition narrative through performance.

He led the party leaders to discuss the successes of roadblocks, health cards, Ehsaas and Kamyab Jawans. “Party leaders should highlight the social projects launched by the PTI government at the public level,” he added.

During the meeting, the committee also discussed local body elections and political strategy. In his speech, the prime minister also stressed the need for dams, saying the neglect of this issue since 1960 had “cost the country dearly” in terms of high electricity prices and inflation.

“We wouldn’t have faced such inflation if we had carried out hydroelectric projects,” he said, adding that every product becomes expensive when electricity is expensive.

He went on to say that the lack of long-term planning has led to new problems in the country, highlighting the need for water storage. “The fastest growing country in the world, China, thinks about long-term planning, which is the reason for its success. They think of the future,” he said, “not like us, who think of five years as if a project would be completed in five years, then they would. He praised his government for planning rather than thinking about elections.

Prime Minister Imran called for providing access to water to the provinces in order to exploit their agricultural potential in view of the increase in population. He said resources were running out due to the rapid increase in population. “This decade of dams would double water storage capacity,” he said, adding that clean electricity through water would also reduce the impact of climate change. The Prime Minister also called for the construction of tunnel technology which could also help generate tourism.

Regarding the Kalabagh Dam project, he alleged that anti-national forces were deceiving people in Sindh by telling them that their “water would be stolen from them”.

“So we have to have a full campaign to tell them scientifically that they will have no harm when the Kalabagh dam is built, and it will benefit them as well,” he said, “But if we start this before that [decades of dam project] people who want to wreak havoc will use it. That’s my point because we are a federation, we should try to bring all the provinces together.