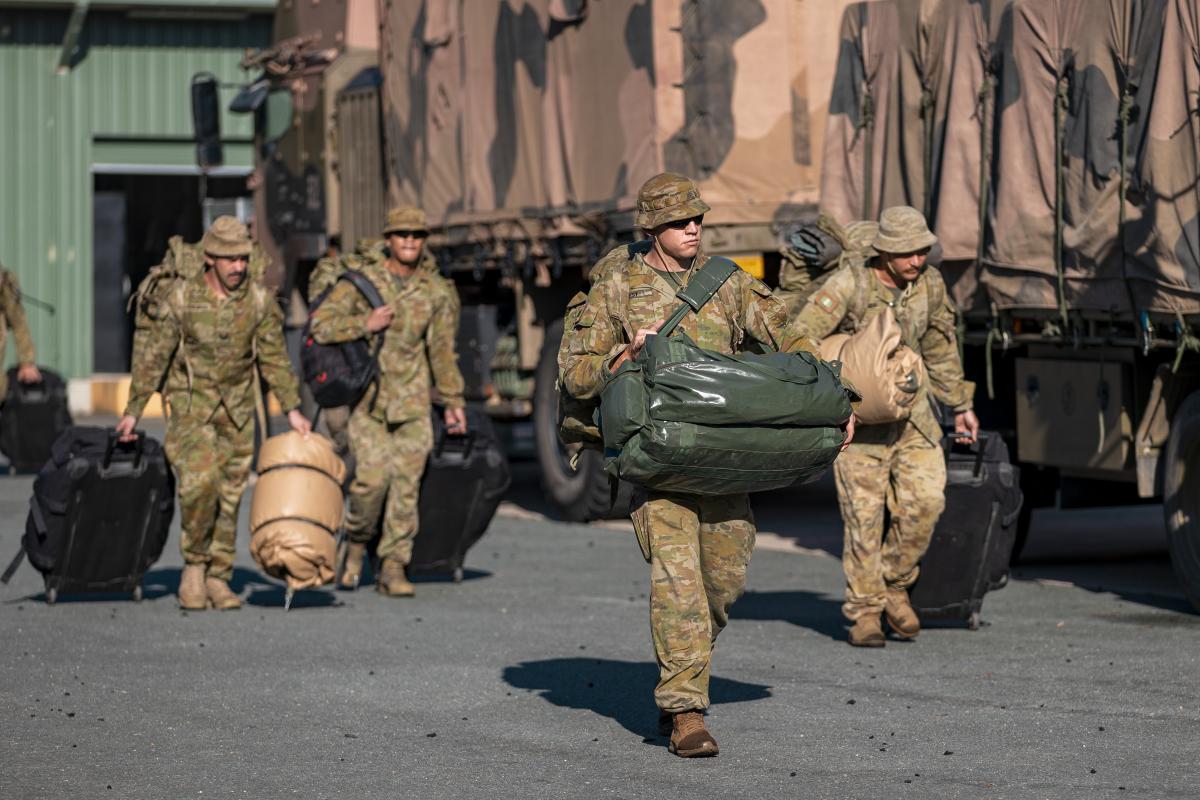 Troops from the 7th Brigade have deployed to Gympie, Queensland to assist the community with disaster relief and cleanup efforts as part of Operation Flood Assist 2022.

“They will focus on clearing mud from houses, removing damaged furniture, clearing debris so vehicles can drive up and down roads, and cleaning infrastructure,” Lt. Col. Niessl said.

“It’s unfortunate, but these important tasks need to take place after major flooding has passed through the community.

“6RAR has been heavily involved in a number of national community support operations over the past few years.

“More recently we have supported aged care facilities and are now rolling out across South East Queensland in flood support.”

LEGEND: An army soldier from the 6th Battalion, Royal Australian Regiment loads supplies onto a truck ahead of his deployment to Gympie on Operation Flood Assist 2022. Photo by Corporal Nicole Dorrett.

Lt. Col. Niessl explained why 6RAR’s support of the community is important to him and his troops.

“The battalion lives in this community, our families go to school and work all over town, we play sports all over town, so we are fundamentally part of the community in which we serve,” he said. declared.

“When disasters and challenges like this arise, the battalion really looks for opportunities to make a difference and lend a helping hand.

“Troops always come back from this kind of task feeling positive and satisfied that they were able to make a positive contribution.

“They are enthusiastic, they can see the need and what needs to be done.”