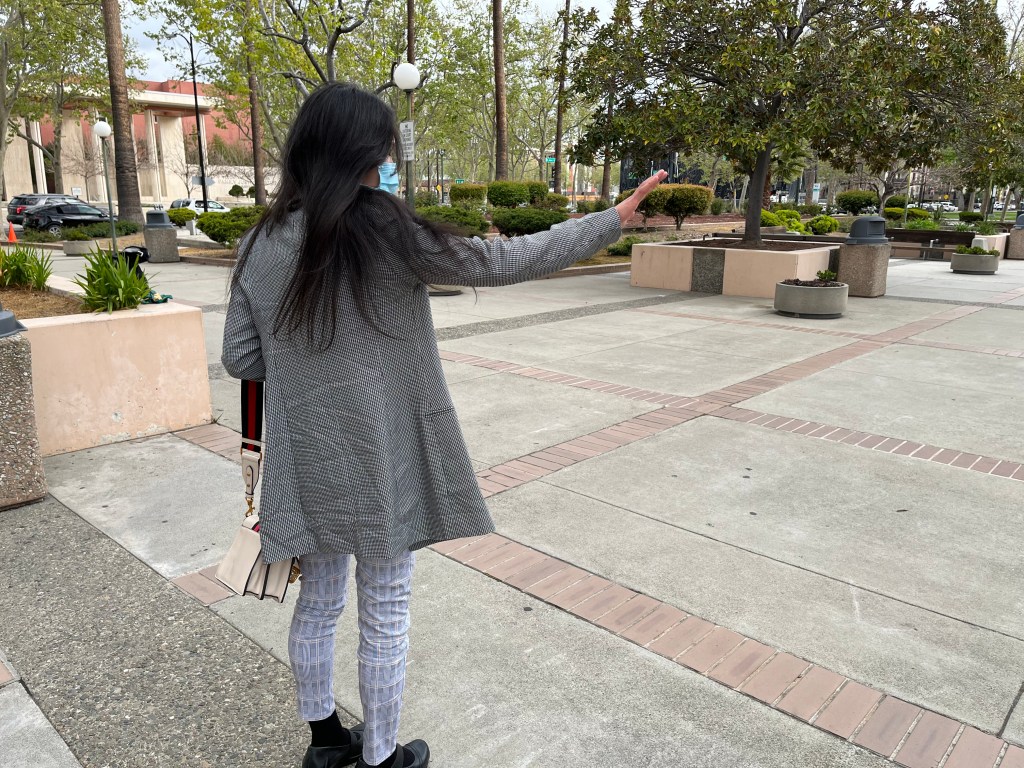 A woman accused by Apple of harassing CEO Tim Cook for more than a year – emailing him pictures of a loaded gun and traveling across the United States to break into his home – agreed on Tuesday before the court to stay away from the chief technology officer, Apple employees and properties, and give up any weapons she might have.

Apple had received a temporary restraining order against the woman in January, after she alleged “erratic, threatening and bizarre behavior”. The company included copies of photos, emails and tweets claiming to be from the woman in the request. Apple said the woman “may be armed and is still in the South Bay area and intends to return to (Cook’s) residence or otherwise locate him in the near future.” Apple said it believes she drove a Porsche Macan SUV from Virginia to Palo Alto and showed up at Cook’s home on October 22.

The temporary order prohibited the 46-year-old from possessing firearms, approaching Apple employees, including Cook, entering Apple property or visiting Cook’s residence in Palo Alto. , but was due to expire on Tuesday.

Last week, Apple and the woman – who is representing herself, without an attorney – jointly requested a permanent restraining order that she keep Cook and any other Apple employees away, and either sell or hand over to authorities all the weapons she possessed, a court record showed. Apple had tracked her down to a house near I-280 in San Jose, according to a court filing. However, a judge refused to sign the order, saying the woman would be questioned at the hearing already scheduled for Tuesday, according to a filing.

On Tuesday, Santa Clara County Superior Court Judge Erik Johnson signed a new order that Apple and the woman had agreed to, with the same terms as the proposed temporary order but with a duration of only three years. The woman, dressed in a medium-length crinkle coat, white checked trousers and black wedge heels, responded briefly with “yes” and “yes, sir” when Johnson asked her questions to confirm that she understood the terms of the order.

Cook did not attend Tuesday’s hearing.

Apple security specialist Jose Barrera said in a January court filing that he worked closely with Cook and feared the woman posed a threat to the CEO and all Apple employees, including including himself and the corporate security team. Outside the courthouse on Tuesday, Barrera said: “We are happy with the result.”

The three-year order also prohibits the woman from contacting Apple’s CEO or employees directly, indirectly or electronically via email, social media or other means.

Cook first learned in late 2020 that he was the subject of the woman’s obsession because he receives alerts when tagged on Twitter, according to the initial app. The woman, using the surname “Cook”, claimed she was the wife of the Apple CEO and that he fathered twins with her.

She tweeted about the alleged relationship a dozen times on Halloween 2020, and from late October to mid-November that year emailed Cook around 200 times, with the posts showing “a significant escalation tone, becoming threatening and very disturbing,” the restraining order demands said. A series of missives contained photos of a snub-nosed revolver and bullet cartridges. In an email expressing a desire to have sex with Cook, she said her patience was “almost exhausted,” the app says.

Meanwhile, she was registering bogus corporations, some with “highly offensive corporate names,” in California, Virginia and New York, naming Cook as officer, director or agent, depending on the request. The three-year restraining order requires her to remove all mention of Cook and Apple from all legal entities she has registered.

In September of last year, the woman “became obsessed” with Cook’s condo in Palo Alto and emailed him asking to be her roommate, according to the app. When she arrived at the property and told security she wanted to speak to Cook, they asked her to leave; she complied but quickly returned, then drove off and waited in her car, according to the app.

Palo Alto police responded to the alleged trespass, and the woman was arrested “after attempting to flee,” the app says. She reportedly told police she was staying in Palo Alto and “could get violent.” No weapon was found during a search of her Porsche, which police had towed away because the woman’s driver’s license had expired, according to the application.

A week before Christmas, the woman emailed Cook again, asking for hundreds of millions of dollars, according to the app. On New Years Day, she tweeted, again with violent language about Cook, from a new account, the app said. The most recent email, sent a few days later, ordered Cook to move out.

The woman declined to speak to the media outside the courthouse on Tuesday, and it was not immediately clear whether she planned to return to Virginia.